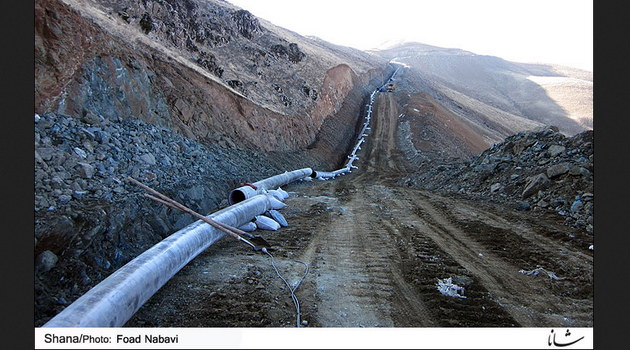 The exports of natural gas to the Arab country began on Wednesday night, the Iranian deputy oil minister said.

Zamaninia also said the exports started with 7 million cubic meters (mcm) of natural gas on a daily basis in the first stage and will reach a maximum of 35 mcm.

It seems that after years of negotiations between Tehran and Baghdad on the project, the financial problems in the way of gas exports have finally been settled.

Back in October last year, the managing director of the National Iranian Gas Company (NIGC) had said that the country was fully ready to start exporting gas to Iraq as soon as the Arab country opens a line of credit (LC) for the project.

Iran laid 100 kilometers of pipelines for the gas project. The two countries signed a deal on the exports of natural gas from the giant South Pars Gas Field to Iraq back in 2013.

Based on the agreement, 25 mcm of gas will be delivered to Sadr, Baghdad and al-Mansouryah power plants through a 270-kilometer pipeline.

The project is estimated to earn Iran $3.7 billion a year in revenues.

One Response to Iran Begins Exporting Natural Gas to Iraq