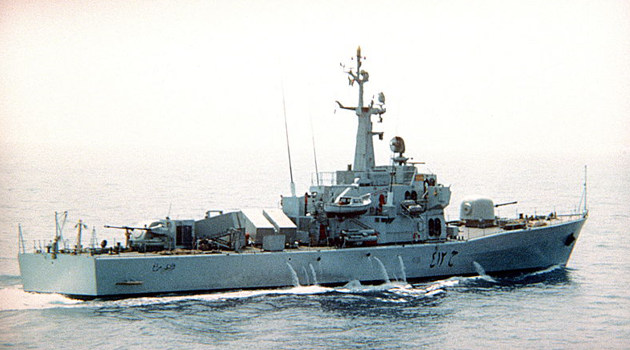 Two naval vessels have reportedly been delivered to the Iraqi Navy after a 26-year delay.

According to IHS Jane's Defence Weekly, the Assad-class corvettes were built in Italy by Fincantieri in the 1980s, but were not delivered due to the UN arms embargo on Iraq following its invasion of Kuwait in 1990.

They are now believed to have been transported by a semi-submersible heavy carrier to Basra in the past week.

(Picture: A similar vessel once used by the Libyan Navy)