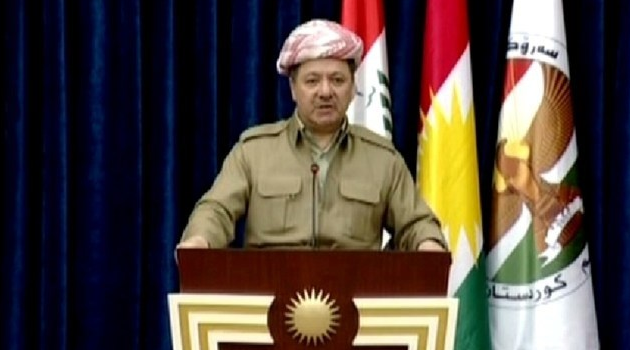 By Editor on 4th August 2017 in Construction & Engineering In Iraq

By Nahwi Saeed for Al Monitor. Any opinions expressed here are those of the author and do not necessarily reflect the views of Iraq Business News.

In a July 19 statement, Kurdistan Regional Government President Massoud Barzani said that holding a referendum is a natural right of the people of Kurdistan that they will not back down from.

According to the spokesperson for the Independent High Electoral and Referendum Commission (IHERC) in Kurdistan, around 6 million people in the Kurdistan Region and the disputed territories such as the oil-rich city of Kirkuk, Sinjar, Makhmour and Khanaqin have the right to vote in the referendum.

Forty-eight percent of the Kurdistan Region’s land is still disputed between Baghdad and Erbil and some 2.7 million people live in the disputed territories.

According to Article 140 of the constitution, the territorial disputes between Baghdad and Erbil was set to be settled by the end of 2007, but the Iraqi government never implemented this article. For Barzani, the nonimplementation of the Iraqi Constitution is one of the main reasons he wants to hold a referendum Sept. 25 in the Kurdistan Region and the contested areas.

However, there are many challenges that may eventually keep the referendum from happening on the scheduled date, especially in the disputed territories.

Barzani’s referendum decision was preceded by a vote of the Kirkuk Provincial Council (KPC) April 4 to hold a referendum to decide the future administration of the province. However, many of the Arab and Turkmen members of the KPC boycotted the vote altogether. The KPC’s vote came after a call March 14 by Kirkuk Gov. Najmiddin Karim to raise the Kurdistan flag over the government buildings in Kirkuk province.

But the Iraqi Turkmen Front opposed this move and filed a case against the acting head of the KPC, Rebwar Talabani, in Baghdad. By the same token, the Arabs and Turkmens of the disputed territories are expected to boycott the upcoming referendum and ask Iraq’s supreme court to declare that holding a unilateral referendum in the disputed territories is illegal. If these measures fail, they may eventually resort to violence. Nationally, Baghdad is not happy about the planned referendum either.