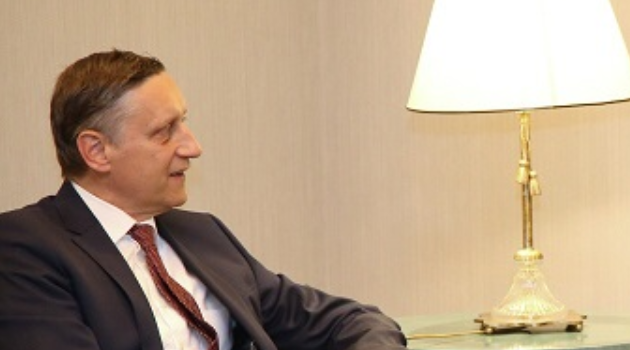 The United Nations Mine Action Service (UNMAS) welcomes a renewed contribution of EUR 7 million from the Government of Germany for survey and clearance of explosive hazards, including improvised explosive devices and explosive remnants of war, in Iraq.

The support will facilitate rehabilitation of infrastructure in areas retaken from ISIL/Da’esh, assist the stabilization process and allow for the safe return of displaced persons to their communities.

The conflict with ISIL/Da’esh in Iraq has resulted in complex and extensive explosive hazard contamination and has displaced more than three million people since 2014. Explosive hazards present a significant risk for individuals returning to their communities, as well as those providing the initial response.

Clearing explosive hazards from infrastructure is a critical first step before any rehabilitation can commence. UNMAS and its partners have recently carried out survey and clearance of a major hospital complex in West Mosul where close to 2,000 explosive hazards, including improvised explosive devices and suicide belts, have been removed to date, which has enabled rehabilitation work to begin.

With the contribution from the Government of Germany, UNMAS will continue conducting critical first-step activities, such as clearing hospitals and schools and supporting people to return to safer communities.

Since 2016, the Government of Germany has contributed EUR 12 million to UNMAS in Iraq.

“Germany remains committed to stabilization efforts in IS-liberated areas. In close cooperation with Iraq and the international community and as Co-Chair of the Working Group on Stabilization, we must not reduce our efforts to allow IDPs to return to their homes, enhance their resilience and help the people of Iraq towards a prosper future and social cohesion.”

“The generous contribution from the Government of Germany will enable UNMAS to provide explosive hazard management technical advice and training for the Government of Iraq as well as assistance with clearance of IEDs and unexploded ordnance in retaken areas in support of critical stabilization efforts”.