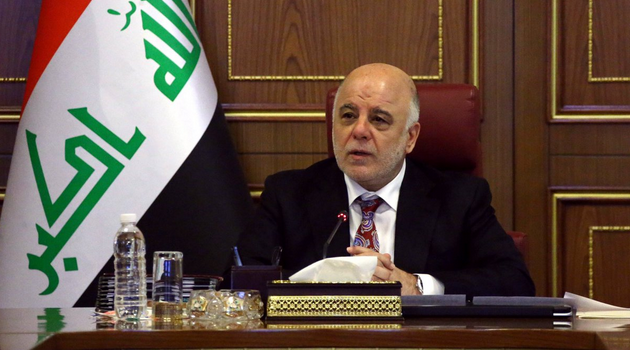 By Editor on 23rd November 2017 in Politics, Security

Iraqi Prime Minister Haider al-Abadi has warned "the corrupt ones against playing with fire" as he pledged to fight corruption in state institutions, saying "the coming war will be against the corrupt ones."

In his weekly press conference, Abadi stressed the need for "a comprehensive economic reform in both public and private sectors."

"The corrupt ones tried to set fire to Iraq and distract it from the war on Daesh," he said.  "I promise all Iraqi that we will triumph over corruption as we did with Daesh," he added.

He also urged the young people in Iraq to cooperate with the authorities to uncover corruption.

One Response to Abadi Promises War on Corruption