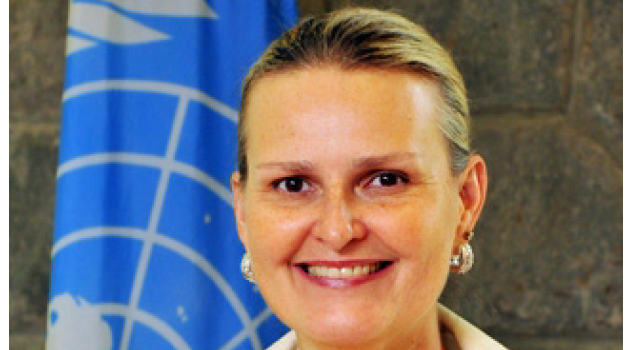 By Editor on 13th December 2017 in Construction & Engineering In Iraq, Healthcare

The Federal Foreign Office of Germany has generously donated EUR 30 million (USD 34.8 million) to the Iraq Humanitarian Fund (IHF), a pooled fund led by the Humanitarian Coordinator and managed by OCHA.

“We are deeply grateful to the German Government and the German people for this very generous contribution,” said the Humanitarian Coordinator for Iraq, Ms. Lise Grande (pictured).

The German Government has already channelled USD 10.9 million to the IHF, bringing Germany’s total contribution for the year to the pooled fund to USD 45.7 million.

“The pooled fund is the backbone of the humanitarian operation in Iraq,” said Ms. Grande. “More than 125 projects targeting 4.2 million Iraqis in nine governorates have received funding through the IHF in 2017 alone.”

“The military campaign against ISIL is over, but the humanitarian crisis is not,” said Ms. Grande.

“More than 3.3 million Iraqis are displaced--hundreds of thousands are living in camps and improvised shelters. They need help.”

The IHF has provided more than USD 70 million to front-line partners in support the Mosul humanitarian operation. In October 2017, USD 14 million was allocated for the Hawiga operation. “Millions of Iraqis have suffered terribly,” said Ms. Grande.

“Our top priority now is to help ensure that people who need help receive it. In the months ahead we will be working closely with the Government so that people are able to return to their homes safely, voluntarily and in dignity.’