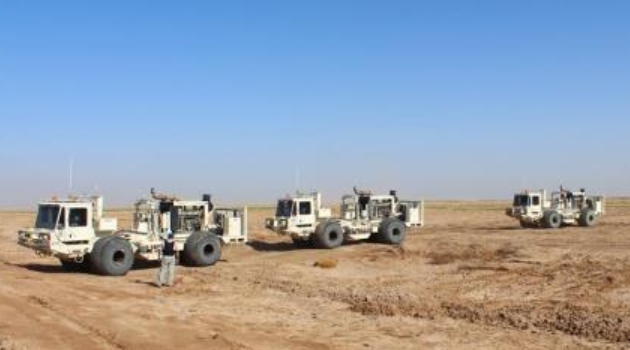 Russia's Lukoil has signed contracts with the state-owned Iraqi Oil Exploration Company to carry out seismic surveys at the Eridu field in Block 10, and also at Block 10's southern and central parts, previously not part of the survey.

The scope of appraisal works at Eridu field includes a 3D seismic survey of 983 square kilometers to update the extension of the field and its geological structure.

At Block 10, 2D seismic acquisition of the southern and central parts is planned to be accomplished over an area of 3,500 linear kilometers to ensure the mapping of targets for prospect drilling.

The approved geological exploration plan for Eridu field envisages the drilling of additional appraisal wells on a mid-term horizon.​

Block 10, covering 5,600 square kilometers, is located in the governorates of Dhi Qar and Muthanna, 120 kilometers west of Basra. The interests in the project are: Lukoil - 60% (operator), Inpex Corporation (Japan) - 40%.

The Iraqi party to the agreement is represented by the state-owned South Oil Company (SOC).

The drilling of the first exploration well, Eridu-1, in February of 2017 led to the discovery of a major oilfield. Preliminary data indicate it is the most significant discovery in Iraq for the past 20 years.

The drilling of the second and third wells confirmed the field’s earlier assumed geological model.Block 10, covering 5,600 square kilometers, is located in the governorates of Dhi Qar and Muthanna, 120 kilometers west of Basra.

One Response to Lukoil signs Contract for Exploration at Block 10