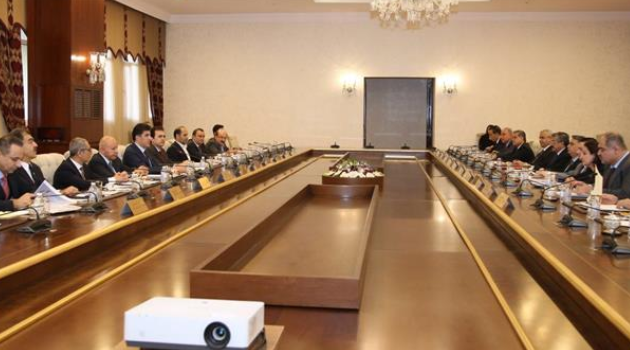 The KRG Council of Ministers recently discussed a number of issues, including the unfortunate events that took place recently in some towns in the Kurdistan Region. The Council stressed that people do have the right to peaceful and civil demonstrations, but expressed concern about the acts of violence perpetrated by some individuals during the demonstrations.

The Council of Ministers voiced their condolences to the families of the people who lost their lives and wished the injured a speedy recovery. It once again called upon the citizens of the Kurdistan Region to demand their rights in a peaceful and civil way and prevent any disorder that could threaten public properties which have been built to serve all the citizens.

Prime Minister Barzani shed light on his recent official visit to Germany and the outcomes of his meetings with the German Chancellor Angela Merkel, the Minister of Defence, the Foreign Minister as well as Foreign Relations and Defence Committees at the German Parliament.

He said that the need to resolve the problems between Erbil and Baghdad through dialogue on the basis of the Iraqi constitution, the political unity of the Kurdistan Region and the financial problems, were the main subjects discussed with German senior officials.

Prime Minister Barzani emphasized that both France and Germany desire a strong government in the Kurdistan Region, pointing out that both countries will continue helping the Kurdistan Peshmerga Forces.

He stressed they believe that the way the Iraqi Federal Government is treating the Kurdistan Region is unacceptable, and that they condition the continuation of their support to Iraq with the peaceful and constitutional resolution of its disputes with the Kurdistan Region.