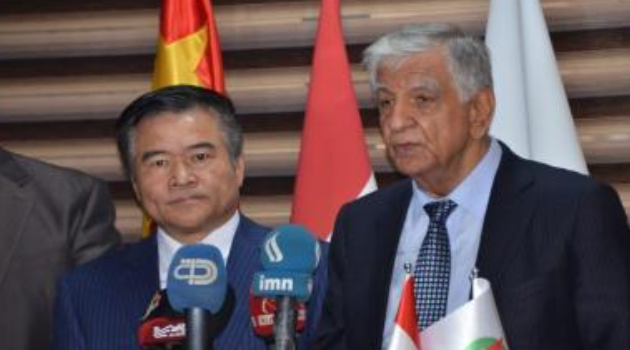 China’s state-run Zhenhua Oil has agreed to develop the southern part of the East Baghdad oilfield.

Under the agreement, Zhenhua will increase production at the field by 40,000 barrels per day above current production, and provide gas for power stations in the Baghdad area.

Oil Minister Jabar Ali al-Luaibi [Allibi, Luiebi] said that this contract is different from previous service contracts, "because the form of the contract was modified to serve the public interest, and to depend on the local employment as 80% of the project staff."

The contract will also involve the construction of an industrial city and "residential integrated city."

Jim Bei, the manager of the Chinese company, said his company was keen to cooperate with the Ministry of Oil to develop the field and raise its production.

Zhenhua appears to also be involved in the nearby Ahdab oilfield.

According to Reuters, the East Baghdad fiel is estimated to have around 8 billion barrels of crude reserves, and the potential to produce 120,000 barrels of oil per day.