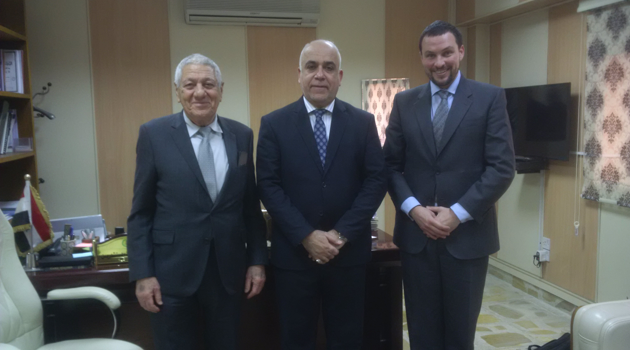 By Editor on 25th January 2018 in Iraq Industry & Trade News

They met with Dr Abdulkariem Faisal, Chairman of the Prime Minister’s Advisory Commission to discuss the upcoming Spring Conference in London on 24 April and plans for a conference in Baghdad. Outstanding issues on behalf of IBBC members were also raised.

A similar meeting was held with Dr Sami Al Araji, Chairman of the National Investment Commission, which is playing the leading role at the ‘Supporting Private Sector’ day of the Kuwait International Conference for Reconstruction of Iraq, to be held in Kuwait on 13 February.

IBBC also met with Jaafar Al Hamdani, Chairman of the Iraqi Federation of Chambers of Commerce to discuss the ongoing relationship with the federation and to make plans for a conference in Baghdad.

‎IBBC is greatful to Al Burhan Group for generously hosting it’s delegates at the Al Burhan Centre close to Baghdad Airport during their stay.