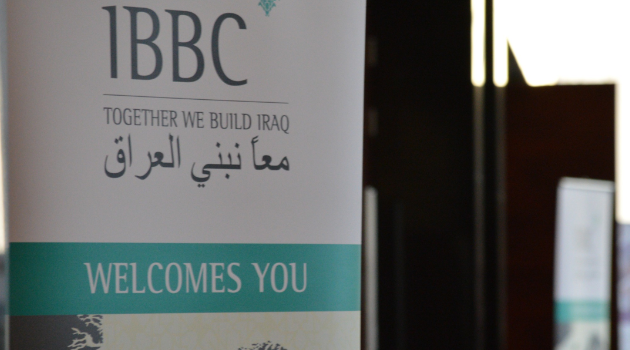 The Iraq Britain Business Council (IBBC) held its bi-annual Council Meeting on 30 January, followed by a Reception & Dinner for IBBC members and guests.

Both the meeting and the reception and dinner were hosted by Baroness Nicholson of Winterbourne, President of IBBC and Trade Envoy to Iraq, Azerbaijan, Kazakhstan and Turkmenistan.

The Meeting was Chaired by IBBC’s Deputy Chairman Alistair Kett of PwC and discussed at length the current state of Iraq and presented over 30 members present with a detailed brief of events in the last six months.

The Council also discussed future events and the progress of IBBC’s Sector Tables. Several exciting new developments were reported, including the launch of a new Iraq Britain Business Council website, which is expected to go live in the coming weeks and the development of the Young Executives Network.

After dinner, Ambassador Jon Wilks, her Majesty’s Ambassador to Iraq, gave an address to members, which highlighted his vision for UK-Iraq relations. The Ambassador spoke at length about the need for a coordinated and fruitful relationship between business communities of both countries to enhance the encouraging signs of stability witnessed in the last six months since the defeat of Daesh.

The Ambassador also touched upon the critical need to redevelop infrastructure in the newly liberated areas and the pivotal role of the private sector to facilitate further economic growth. Ambassador Wilks reaffirmed the Embassy’s longstanding commitment to promote trade and investment with the support of organisations such as the Iraq Britain Business Council.

“2017 has been an exceptional year for IBBC both in the volume and quality of attendees to our conferences in UK and Dubai, the very well attended and successful trade missions to Baghdad and Basrah and for the number of International and Iraqi companies that have joined our network.

"IBBC has welcomed Chevron, Al Burhan, Shamara, Ratba’a and Al Bilal groups, Leicester and Northampton University, Serco, Rolls Royce, MenziesAviation, GulfTek and Al Jaber Company. All in all we are seeing confidence and opportunity return to Iraq with overall economic perspectives for the country being at its best since 2010 – 2011.”

IBBC and its members are determined to build on these foundations to continue building economic and political ties, industry capabilities, knowledge sharing for UK, Iraqi and international businesses sharing the same high values and standards.