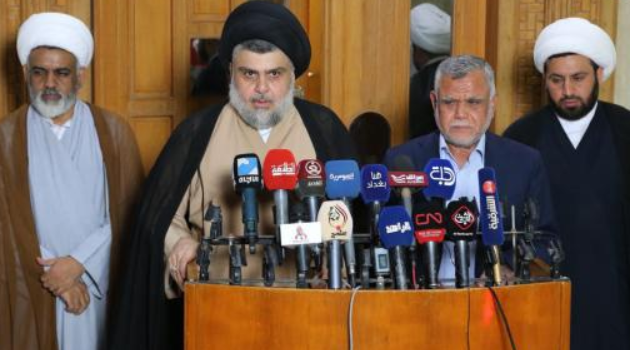 Nationalist cleric Moqtada al-Sadr and Hadi al-Amiri have reportedly announced an alliance between their political blocs.

While Sadr's Sairoon Alliance is opposed to Iranian involvement in Iraq, Amiri's Fatah (Conquest) Coalition is head of an Iranian-backed militia.

At a joint press conference in Najaf, Sadr said “our meeting was a very positive one, we met to end the suffering of this nation and of the people. Our new alliance is a nationalist one.”