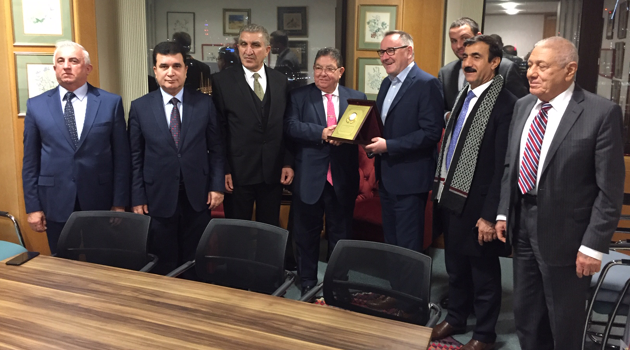 By Editor on 15th December 2018 in Iraq Industry & Trade News

On Wednesday 12th December, the Iraq Britain Business Council (IBBC) was pleased to host a first meeting between the British Chambers of Commerce and Chamber of Commerce & Industry representatives from the Kurdish Region of Iraq.

Erbil Chamber of Commerce is a founding member of IBBC and the IBBC is now the affiliate Chamber for Iraq of the British Chambers of Commerce.

Dr Dara Al Khayat, Chairman Erbil Chamber and Chairman of the Kurdish Federation of Chambers of Commerce & Industry was joined by the Chairmen of Sulaimani and Dohuk Chamber of Commerce.

The work of all the Chambers was discussed and in particular areas where the KRG requested UK involvement was identified.  Apart from oil and gas and utilities there was much discussion about the agricultural and food processing potential of the region. In addition mining, tech and textiles were also put forward as sectors which foreign investment would be most welcome.

Both sides looked forward to continuing engagement with each other to mutual benefit.