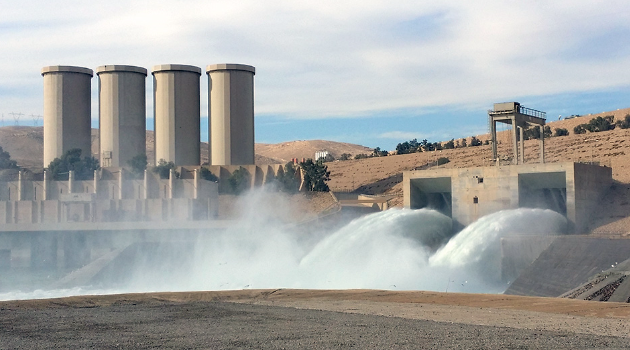 By Editor on 2nd October 2019 in Agriculture, Construction & Engineering In Iraq

Many countries in the Middle East are experiencing climate change first-hand already, with rising temperatures in summers that were already infernally hot to begin with, and less rainfall in winter.

Nations in this region are drawing up contingency plans with huge budgets in order to cope with the impending, severe water shortages they know will come. But Iraq is not one of them.

Thanks to various crises, in both political and security terms, as well as the country’s ongoing struggle with corruption, Iraq could be one of the first nations in this region to really feel the impact of ever-increasing water shortages.

It’s also becoming even more of a foreign policy issue. Last week, Iraqi officials were supposed to sign a deal on sharing the waters of the Tigris river with Turkish counterparts, a deal that they described as “important”. The Tigris passes through Turkey before it gets to Iraq. But, seemingly without much notice, the Turkish government cancelled the meeting and apparently the agreement until further notice.

“A delegation from the ministry was scheduled to visit Turkey but the Turks have now told us they are not yet ready to sign such an agreement,” explains Mehdi Rasheed, who supervises Iraqi dams for the Ministry of Water Resources.

The problem is that both Iran and Turkey seem to have plans to deal with impending water crises by building huge dams to store water from the two rivers. In this case, Iraq is a victim.

A report from the Ministry of Water Resources suggests that over the past few years Iraq has lost around a third of the water it once had out of the Tigris and the Euphrates. Taking into account the impact of global warming, the ministry estimates that the country will have lost around half of the water it once had from out of these waterways soon.

And Iraq doesn’t have the huge finances or planning ability to undertake its own similar projects. Major construction like this requires a stable country without the levels of financial and administrative corruption that Iraq has. In Iraq, even paving a small road appears to take months, possibly even years, to finish.

During the previous government, headed by former prime minister Haider al-Abadi, a 20-year plan to address the country’s water problems was formulated in 2014. It would cost an estimated US$184 billion. However the security crisis sparked by the extremist group known as the Islamic State meant the plan never came to fruition.

The kind of fight for water being played out across international borders is also reflected in Iraqis’ daily lives. Water supplies are regularly cut off to private households during the day, in peak times, often between 11am and 9pm. According to a technician at the water ministry, around one-fifth of Iraqis used to have small, household water pumps at home. Although it’s hard to know how many citizens now have them, the [pumps have become ubiquitous in the last five years. A small water pump is now part of basic household equipment.

It seems that today there is almost no home – even in low-income areas – that doesn’t use its own pump. Sometimes the pumps don’t work – the pipelines are so dry that there’s nothing for them to bring up. Other times, these pumps are not used correctly and bring contaminated water into city pipelines – this makes the water problem even worse.

So now Iraqi households are competing to buy bigger and better water pumps for home use. Neighbours with smaller pumps are then unable to get water.

Another problem in Iraq is wastefulness when it comes to water supplies. There is no control over consumption and nobody pays water bills to the government, because there’s no way of tracking or tracing the debtors.

There’s simply not enough awareness about climate change and the possible, resulting water crisis, says Mazen al-Jibouri, a civil rights activist from Baghdad. “In most countries there are organizations and activists that focus on water pollution and supply. But in Iraq, everyone is preoccupied with security and service-related issues or freedom of expression.”

“We all know our country is going to be victim to droughts and the climate crisis,” al-Jibouri concluded. “But any response requires cooperation between the government the people. We need a big campaign to raise awareness - before it is too late.”

One Response to Water Crisis: the Country with the Biggest Dam Wins