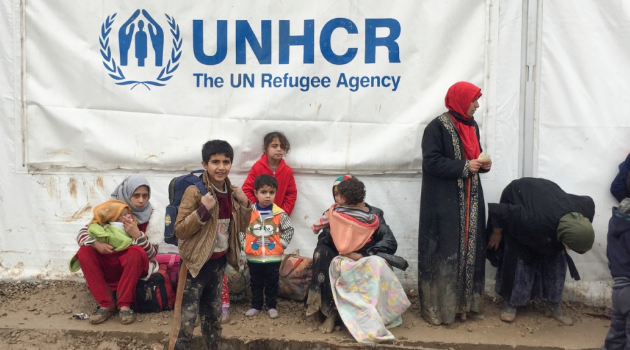 By Editor on 28th October 2019 in Healthcare, Security

▪ 11,292 refugees crossed into Iraq since the commencement of hostilities.

▪ The number of refugees entering the KR-I continues to increase. On average, over 1,200 new arrivals were recorded on a daily basis during the past seven days.

▪ Bardarash Camp has reached its capacity, new arrivals will now be hosted in Gawilan camp

▪ Over 400 individuals have been cleared to leave Bardarash Camp for family reunification in towns and communities in KRI.

Existing Population of Concern in Iraq

Contingency stock CRIs and tents for 10,000 families in country

A total of 10,699 refugees are now hosted in Bardarash camp, and 180 refugees are hosted in Domiz I camp. 413 refugees have left Bardarash Camp, after security clearance by Assayesh and registration with UNHCR, either for family reunification or because they have been identified as extremely vulnerable individuals. UNHCR has been informed that from today, 26 October, family reunification will only be possible for those who have family ties in Duhok governorate.

Discussions are ongoing regarding the IDP population currently living in Garmawa camp.
KRI Authorities confirmed that all informal entry points will remain open for Syrian refugees (including Al Walid), however, people entering through these crossing points will be directly transferred by Assayesh to Sahela transit site. Al Walid transit site will no longer host refugees overnight.

UNHCR in collaboration with the BRHA, UNICEF and Assayesh identified a new transit site near Sahela crossing point. The new site (Sahela 2) is located before the main Assayesh check point and allows easier access for humanitarian agencies. Since Syrian refugees arrive during the night and will be transported from all five crossing points to Sahela, they will overnight at the Sahela transit site where they go through initial security screening before being transported to camps.
UNHCR is currently installing three additional rubb halls in Sahela, in addition to the existing rubb hall, two prefab offices, and the covered hall in order to accommodate the large number of people who will be spending the night there. After the current installations are finalized, Sahela 1 and 2 transit sites will have the capacity to host between up to 2,500 individuals per night.