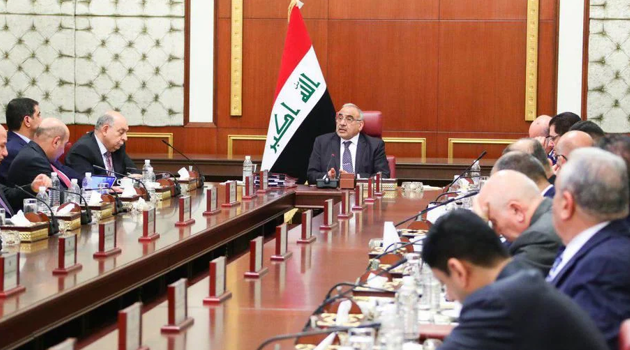 The Cabinet held its regular weekly meeting in Baghdad on Tuesday under the chairmanship of Prime Minister Adil Abd Al-Mahdi, and: