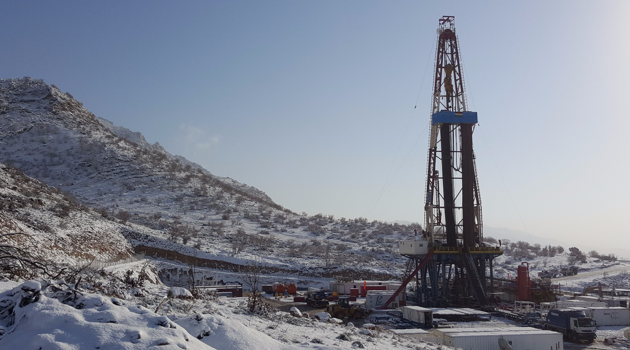 DNO ASA, the Norwegian oil and gas operator, today provided production and spend guidance for the balance of the year ahead of its Annual General Meeting on Wednesday.

The Company reported that it has implemented the target 35 percent reductions across all spend categories to shrink its 2020 budget by USD 350 million to USD 640 million in response to turbulence and uncertainty in global oil and financial markets triggered by the coronavirus pandemic.

While strengthening its balance sheet, cutbacks in spend will throttle back 2020 Company Working Interest (CWI) production to a projected 88,000 barrels of oil equivalent per day (boepd), of which the Kurdistan region of Iraq will contribute 71,000 barrels of oil per day (bopd) and the North Sea 17,000 boepd. DNO's CWI production averaged 104,800 boepd last year.

In Kurdistan, DNO has reduced the number of rigs deployed in drilling, testing and workovers from five in 2019 and early 2020 to two; these two rigs are believed to be the only ones currently active in Kurdistan, down from an overall count approaching 20 last summer.

Of the two active rigs, one is drilling the Zartik-1 exploration well on the DNO-operated Baeshiqa license and the other is a Tawke license workover rig that will shortly be moved for scheduled maintenance. However, two third-party rigs have been warm stacked at the Tawke and Peshkabir fields and can quickly be mobilized if oil prices climb and export payments are regularized.

"Our cost cutbacks have been thoughtful and deliberate as we moved at warp speed to preserve cash and our balance sheet," said Bijan Mossavar-Rahmani, DNO's Executive Chairman. "The resulting reductions in oil production especially in Kurdistan are reversible with a restart of drilling," he added. "We have not lost reserves but simply parked a portion until the market recovers. And it will."

Gross production at the DNO-operated Tawke license in the Kurdistan region of Iraq containing the Tawke and Peshkabir fields, absent drilling of new infill wells to arrest natural field decline, is expected to average 100,000 bopd in 2020. This reflects a drop from 115,210 bopd in Q1 2020 to 100,000 bopd in Q2 2020 and 90,000 bopd over the balance of the year. The Tawke license exit rate at yearend 2020 is projected at 85,000 bopd absent new wells. Production continues to be split 55-45 between the Tawke and Peshkabir fields.

Budget cuts and the newly announced Norwegian production caps are not expected to make a material change to DNO's 2020 North Sea projections; the majority of the Company's fields subject to the restrictions are not fully utilizing their previous higher production permits.

Note: Figures above are pre-tax (i.e., before exploration tax refund in Norway). The category
"Other" includes general and administrative expenditures (G&A), net interest payments and