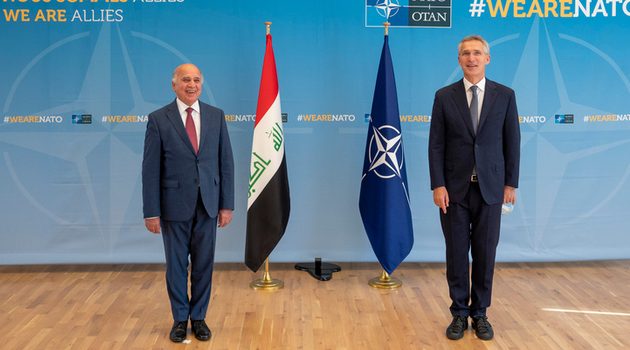 By Editor on 17th September 2020 in Security

The Secretary General shared his deepest sympathies for those affected by the COVID-19 pandemic and reaffirmed NATO Allies' commitment to continue supporting Iraq in responding to this crisis. Mr. Stoltenberg also welcomed Prime Minister al-Kadhimi's continued efforts to pursue a comprehensive reform process to make Iraq more secure for its people and the region.

He underlined that NATO remains committed to helping Iraq strengthen its security forces. NATO is now considering how to step up the alliance's efforts in Iraq, in full coordination with the Iraqi government.

On the request of the Iraqi government, NATO in October 2018 agreed to establish our NATO Mission Iraq (NMI) as a non-combat training and capacity-building mission, conducted with full respect of Iraq's sovereignty and territorial integrity. In February 2020, NATO Defence Ministers agreed in principle to enhance NATO's mission in Iraq.