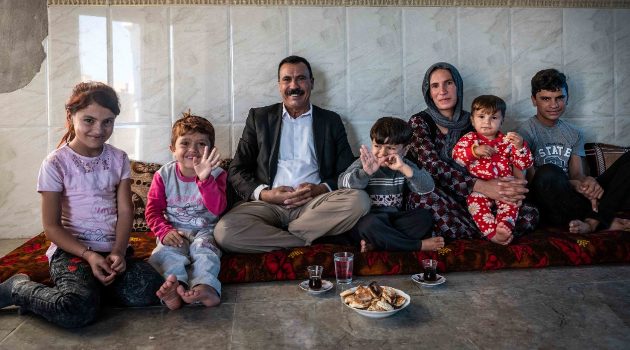 By Editor on 6th December 2020 in Iraq Industry & Trade News

The Ministry of Foreign Affairs of the Republic of Korea (MoFA) is supporting the United Nations Development Programme (UNDP) with an additional USD 5M million to support stabilization activities in areas liberated from the Islamic State of Iraq and the Levant (ISIL) in Iraq.

The Republic of Korea's contribution will be channeled through UNDP's Funding Facility for Stabilization (FFS) which supports the return of Internally Displaced Populations from the five ISIL liberated governorates. This is Korea's sixth contribution to FFS since 2015, bringing its total contribution to US$23,950,000.

Based on priorities identified by the Government of Iraq and the local authorities, UNDP will use the generous contribution from Korea to rehabilitate basic infrastructure and repair damaged houses to facilitate the return of displaced Iraqis from Sinjar and surrounding areas.

The focus on Sinjar in Iraq's Ninewa governorate, homeland of the Yazidis and other minority groups who suffered atrocities under ISIL, stands as a key area for UNDP's stabilization programming.

"In mid-2020, Sinjar experienced a marked increase in returnees compared to previous years. UNDP continues to prioritize this area and is upscaling its efforts to meet the critical needs of returnees across a number of sectors including housing, electricity, water and education, as well as livelihoods creation and social cohesion," says Resident Representative of UNDP, Zena Ali-Ahmad.

"We are very grateful to the Republic of Korea for this important and timely contribution," adds Ms. Ali-Ahmad.

"Supporting internally displaced persons and returnees in areas liberated from ISIL is one of the main priorities in our assistance to Iraq, and we will continue to work with UNDP to help them rebuild their lives and achieve sustainable livelihoods and social cohesion."

To date, UNDP's Funding Facility has implemented over 2,560 projects in 31 locations in Ninewa, Anbar, Salah al-Din, Diyala and Kirkuk.