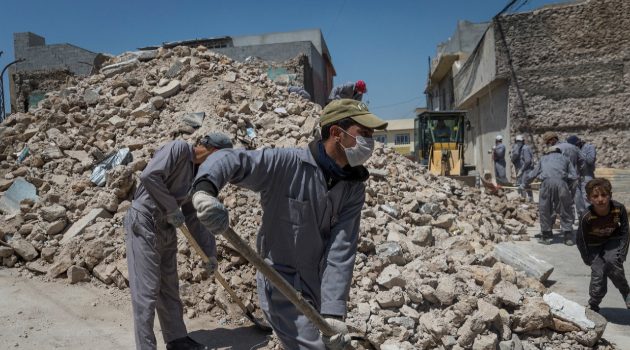 By Editor on 28th June 2021 in Construction & Engineering In Iraq

Norway reaffirms its partnership with US$8.3 million contribution for stabilization in Iraq

The United Nations Development Programme (UNDP) in Iraq welcomes a NOK 70 million (US$8.3 million) contribution from the Government of Norway to its flagship Funding Facility for Stabilization (FFS).

This critical support will focus on stabilizing the five governorates liberated from the Islamic State of Iraq and the Levant (ISIL) to facilitate the safe and dignified return of displaced Iraqis, lay the groundwork for recovery and safeguard communities from the resurgence of violent extremism.

This is Norway's thirteenth contribution to FFS since 2015, bringing its total support to US$ 64.6 million. Norway is the fifth-largest contributor among the Facility's 28 funding partners. To date, FFS has supported over 13 million Iraqis in areas liberated from ISIL with improved access to essential services.

"With the generous support of donors like Norway and in partnership with the Government of Iraq, UNDP has completed more than 2,831 critical stabilization projects across the liberated areas. Looking ahead, we are focusing on priority locations and sectors, working toward durable solutions to safeguard the hard-won stabilization gains made since 2015," she adds.

In 2021, FFS is placing greater emphasis on promoting sustainable livelihood and employment opportunities by rehabilitating supportive infrastructure for productive sectors, such as agriculture and small industries.