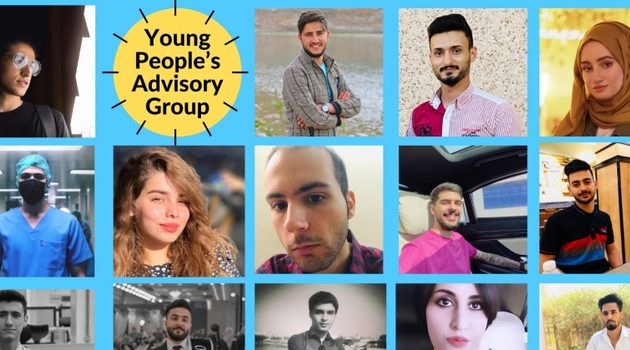 UNICEF announced its renewed commitment to support inclusive meaningful systematic participation of young people in Iraq, through the creation of the Young People's Advisory Group (YPAG), with the goal of empowering young people to be civically engaged in their communities.

The YPAG is an advisory body formed as an institutional mechanism for consultation and dialogue between UNICEF and young people in the country, as well as to participate in the activities of UN agencies affecting young people.

The group will represent the Iraqi young people in local, national, and regional forums; advise the organization on how to engage young people in humanitarian context and development; and strengthen youth participation and advocacy in youth-led initiatives.

The YPAG consists of twenty-four members, with young people representing all governorates in Iraq. Members of the YPAG were selected through an inclusive application process with young people, in which especially those from vulnerable and underrepresented backgrounds were encouraged to apply.

"We are excited to join forces with the newly formed YPAG to set a generation of young people on the course to empowerment and leadership in their communities and beyond. This is particularly critical now to mitigate the effects of the COVID-19 pandemic and ensure that young people's voices are heard, and they continue to have access to the right tools and support to thrive."

The YPAG combines mentorship and skills building to equip young people with the key resources they need to identify problems and challenges in their communities and find solutions to these problems. The members of the YPAG build skills and resilience, while UNICEF and their communities benefit from their contributions and solutions.

"Launched in April 2021 and supported by UNICEF, the YPAG provides an institutional mechanism for consultation between young people and the UN Country Team on a variety of issues. It is very exciting for us as an organization to engage young people as partners. In their short tenure, the YPAG has already supported UNICEF and partners by contributing to our ongoing work." said Mads Sorensen, Chief, Adolescent Development and Participation.