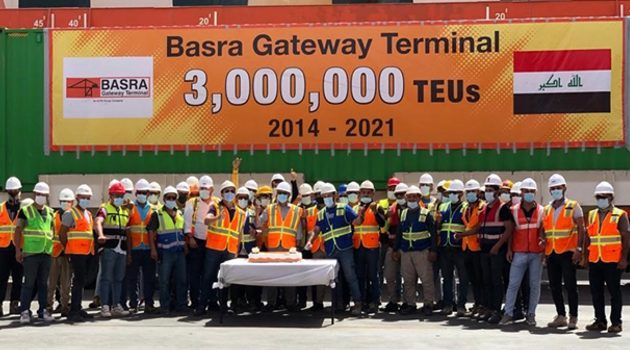 The milestone was achieved during the handling of Evergreen's Ever Uranus and coincided with BGT's seventh year of operations.

Basra Gateway Terminal (BGT) is a subsidiary of International Container Terminal Services (ICTSI), which is headquartered in the Philippines.

In 2014, ICTSI signed a contract with the General Company for Ports in Iraq to manage, operate and rehabilitate terminal facilities in North Port Umm Qasr, Iraq and to develop and expand container handling capacity via new infrastructure development.

Since BGT started operations, ICTSI has invested more than $250 million to modernize the multipurpose terminal.