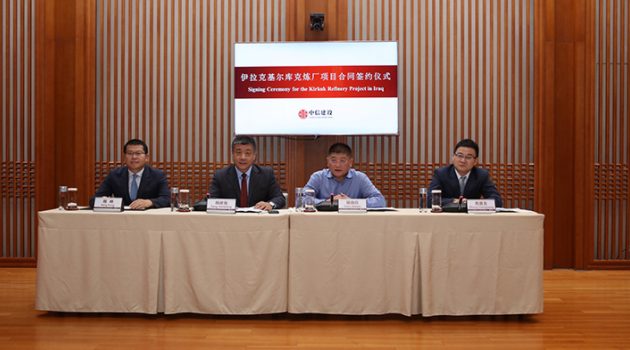 The Kirkuk refinery can process 75,000 barrels of crude oil per day (with an annual capacity of about 3.5 million tons of crude oil). The products are gasoline, diesel, aviation kerosene, fuel oil, LPG, and road asphalt.

The EPC contract amount is $905 million and the construction lasts 46 months. As the EPC general contractor of the project, CITIC Construction will be responsible for the project design, procurement, construction, and commissioning, and it will also help the owner in financing.

The company is also involved in the Maysan [Missan] combined cycle power plant.