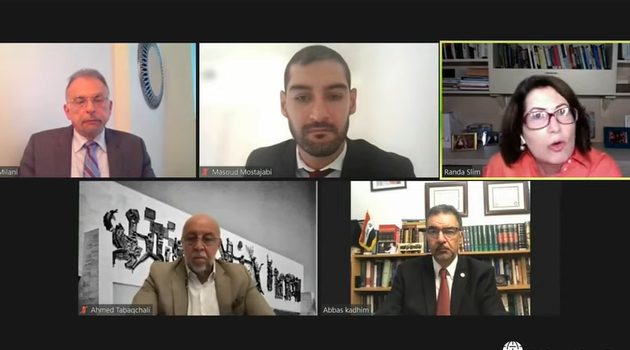 By Editor on 7th August 2022 in Politics, Security

By Alexandra Kaiss and Mariah Smith, for the Atlantic Council. Any opinions expressed here are those of the author(s) and do not necessarily reflect the views of Iraq Business News.

Iran and Iraq: The struggle for tenable relations

On July 25, the Atlantic Council's Iraq Initiative and Future of Iran Initiative hosted a virtual event titled "Iran and Iraq: The struggle for tenable relations."

Moderated by Masoud Mostajabi, associate director of Middle East Programs at the Atlantic Council, the discussion analyzed the political, economic, and cultural ties and irritants between Iran and Iraq.

The event included an introduction by Barbara Slavin, director of the Future of Iran Initiative at the Atlantic Council, and featured a panel including:

Click here to read the full report and watch the discussion.

The KRG Turns Thirty: The Future of US-Kurdish Relations