By John Lee. In its trading update this morning, Genel Energy gave the following plans for its operations in Iraqi Kurdistan: The majority of planned activity and capital expenditure in the KRI is discretionary, which confers significant flexibility. The Company will leverage this flexibility and match activity to the level of cash proceeds received from […] 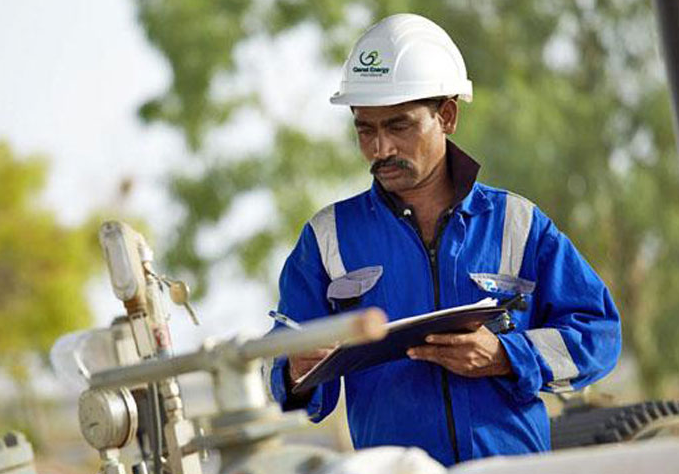 By John Lee. Genel Energy has announced that it signed a definitive sale and purchase agreement with OMV to acquire its 36% operated stake in the Bina Bawi field. Completion of the acquisition is subject only to government approval, which is expected shortly. The consideration comprises an upfront payment of $5 million. A contingent payment […]

Shares in Genel Energy were trading down 6 percent on Thursday morning, following the company's announcement that revenues for the 6 months to 30 June 2015 were slightly below analysts expectations. The shares are still up about 10 percent since the KRG announcement that it had put payment plans in place. Highlights Our operations in […]

By John Lee. Genel Energy has issued the following trading and operations update in advance of the Company's half-year 2015 results, which are scheduled for release on 6 August 2015. Tony Hayward, newly-appointed Chairman of Genel, said: "Production has grown rapidly in the first half of the year, increasing 41% year on year, with operational […] Shares in Genel Energy were down 3 percent on Wednesday morning following the company's trading and operations update in advance of the its full-year 2014 results, which are scheduled for release on 5 March 2015. The information contained herein has not been audited and may be subject to further review: HIGHLIGHTS A combination of low […]

Genel Energy has announced that it has reached an agreement with the Ministry of Natural Resources ("MNR") of the Kurdistan Regional Government ("KRG") for the development of the Miran and Bina Bawi gas fields. In addition, Genel has agreed key terms with OMV to acquire its 36% operated stake in the Bina Bawi gas field. […]

By John Lee. Genel Energy has issued the following trading update and preview ahead of a capital markets day presentation for analysts and investors in London commencing at 14:00 GMT. The presentation materials will be published at 12:00 GMT on www.genelenergy.com with the event broadcast live on the website, and available for download shortly afterwards. […]

Genel Energy has announced its preliminary audited results for the year ended 31 December 2013: Results summary KRI export pipeline infrastructure complete and in the commissioning phase. Volumes of KRI oil in storage at Ceyhan continue to grow Turkey-KRG Gas Sales Agreement a significant milestone in the commercialisation of Miran and Bina Bawi gas fields […]

By John Lee. Austria's OMV, the operator of the Bina Bawi field in the Kurdistan Region of Iraq, has today issued the following press release: An extended well test ("EWT") commenced production from the Bina Bawi-3 well on March 20, 2013. Furthermore the contractor group has submitted a Declaration of Commerciality for the field to […]

By John Lee. In its third quarter results, Austria energy company OMV had the following comments on its operations in Iraqi Kurdistan: Clean EBIT increased by 28% to EUR 617 million, mainly due to higher sales volumes in Libya and favorable FX effects which more than offset the lower oil price and higher exploration expenses […]

By John Lee. Genel Energy has increased its commitment to oil exploration in Iraqi Kurdistan with the announcement that it has agreed to acquire an additional 26 per cent interest in the Miran exploration block from Heritage Oil. The announcement comes just a day after the Kurdistan Regional Government's Oil and Gas Council approved the […]

Genel Energy has announced that it has agreed to acquire an additional 21 per cent interest in the Bina Bawi exploration block in the Kurdistan Region of Iraq from Hawler Energy Ltd for $240 million, to be paid from the Company's existing cash resources. The Transaction is in addition to the Company's acquisition of an […]