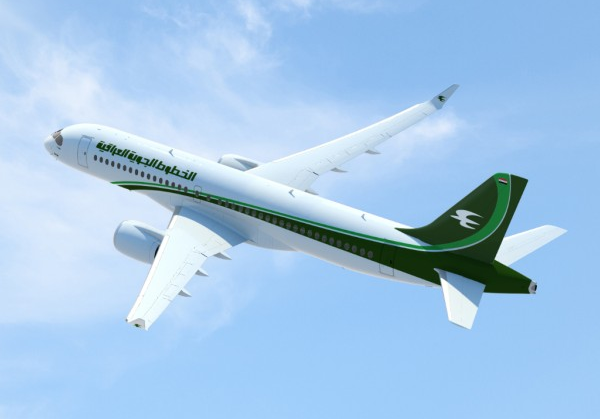 By Editor on 5th December 2013 in Iraq Transportation News

By John Lee. Bombardier Aerospace has announced that Iraqi Airways, the national carrier of Iraq, has signed a firm purchase agreement to acquire five CS300 mainline jetliners. The agreement, which also includes options on 11 CS300 aircraft, follows a letter of intent (LOI) to purchase the aircraft that was announced by Bombardier on November 19 […]