By John Lee. The Secretary General of the Council of Ministers, Ali Mohsin Ismail (pictured), has been appointed Governor o the Central Bank of Iraq (CBI), replacing Dr Abdulbasit Turki [Abdul Basit Turki Saeed]. His position as GSCOM is to be filled by Dr. Hamed khalaf Ahmad. Mr Ismail said he was leaving his former […]

The Central Bank of Iraq announced on Sunday that it has received a memo from the Bank of International Settlements (BIS) in Basel Switzerland announcing that it will accept more deposits from Iraq. “This procedure will contribute in increasing Iraq’s money revenues after keeping it in a very secure location,” the Central Bank explained. The […] 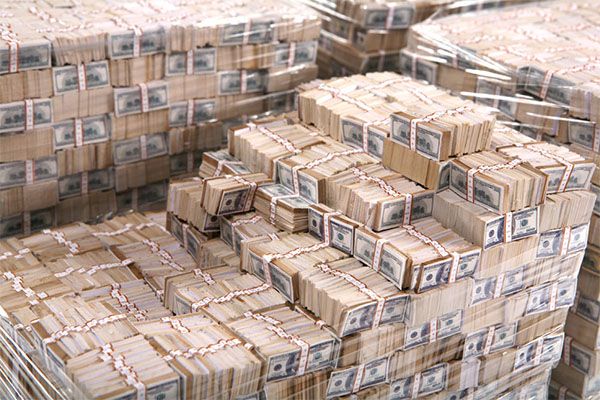 On Monday, the Central Bank of Iraq announced the increase of its US Dollar sales during Monday's auction after reaching  $16278000 last Sunday. "The total US Dollars sold by the bank amounted to $288639000 at price of 1166 IQD per US dollar during the auction, which included the participation of twenty-four banks," CBI reported in a […]

By Omar al-Shaher for Al-Monitor. Any opinions expressed are those of the author, and do not necessarily reflect the views of Iraq Business News. The controversial Iraqi Sunni politician Ahmed al-Alwani, who is president of the Economic Commission in the Iraqi parliament, ridiculed the notion that if Anbar province gains autonomy, its economy will be […]

By John Lee. The Iraqi authorities have reportedly released the deputy governor of the Central Bank of Iraq, Mohamed Salih, who has been detained for more than month on charges related to corruption. In October, Prime Minister Maliki removed the head of the central bank, Sinan al-Shabibi, accusing him of mismanagement and currency manipulation. He […]

Perhaps the biggest story of recent days was the shock dismissal of the Governor of the Central Bank of Iraq (CBI), Sinan al-Shabibi, and the issuing of arrest warrants for him and many of his staff. The nature of the allegations against Mr Shabibi are not entirely clear, but appear to center around manipulation of […]

Iraq's cabinet has named an interim replacement as governor of the country's central bank. Prime Minister Nouri al-Maliki's spokesman Ali Mussawi said, "the cabinet decided to authorise Abdelbassit Turki, the head of the Board of Supreme Audit, to run the central bank indefinitely". The former head of the Central Bank of Iraq (CBI), Sinan al-Shabibi, […]

By Editor on 4th October 2012 in Iraq Banking & Finance News

The Central Bank of Iraq’s June 30 deadline for private-sector banks to raise capital to IQD 150 billion is fast approaching. Yet of the 21 ISX-listed lenders only three—North Bank (BNOR), United Bank (BUND), and Kurdistan Bank (BKUI)—have reached the target so far. Rabee Securities’ most recent bank sector report found that as of June […]