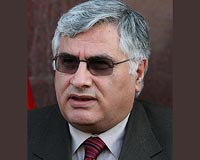 A road accident in Jordan has killed at least six people, including two British nationals, and injured 28 others, including an Iraqi minister, police say. The crash happened when a tourist bus was transporting the victims from the Dead Sea back to Amman late Thursday night, said police spokesman Mohammed al-Khatib. Four Iraqis were also […]