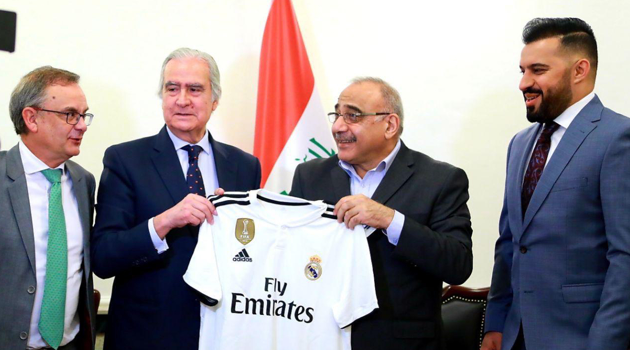 By Editor on 3rd April 2019 in Iraq Education and Training News, Leisure and Tourism in Iraq

By Adnan Abu Zeed for Al Monitor. Any opinions expressed here are those of the author and do not necessarily reflect the views of Iraq Business News. Iraq’s Prime Minister Adel Abdul Mahdi received a delegation from the Spanish Real Madrid Club March 21 to discuss joint sports projects in Iraq. The delegation’s visit was welcomed by not […]

By Editor on 15th February 2012 in Iraq Education and Training News, Leisure and Tourism in Iraq

The Kurdistan Regional Government's (KRG) Minister of Sports and Youth, Kawa Mahmoud, has announced that Spanish soccer club Real Madrid is to open four soccer schools in the region. According to a report from AKnews, the opening of the schools has been seen by officials in Kurdistan Region as a significant project that will greatly […]