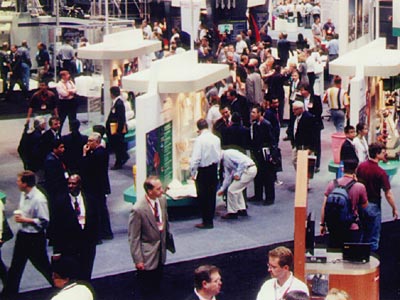 By GavinJones on 5th April 2010 in Iraq Industry & Trade News

More than 48 exhibitions will be held in Iraq, including 25 exhibitions in Baghdad of various industrial and commercial sectors, this year.

According to the Company’s general director Hashem Al-Sudani, "we were supposed to start since the first month of 2010, but we postponed our works due to parliamentary elections till the second quarter of this year."

The first exhibition, which is a trade fair for the Islamic Republic of Iran, will be held in Najaf in April, the next one will be in Kurdistan, then in the other provinces.

About the nature of these exhibitions, Al-Sudani said that "the exhibitions include various sectors like reconstruction, building and construction materials, as well as household appliances, furniture and food."

He stressed out that "there is an agreement about cooperation and coordination between Iraqi Exhibitions General Company and Erbil General Exhibition and things are going well between both parties".