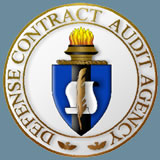 Patrick Fitzgerald, director of the US Defense Contract Audit Agency, told the Commission on Wartime Contracting that his agency lacks the resources to track all the money being spent in Iraq.

The Pentagon’s top auditor said on Thursday that there may not be enough auditors to oversee all of the billions of dollars being spent.

He told the panel, “I do not believe that DCAA currently has the resources to perform all the work it is currently being asked to carry out”, and added that the sheer volume of money being spent on “contingency operations” made it difficult for his agency’s 4,700 employees to meet all audit requirements.

The Commission on Wartime Contracting, a bipartisan panel established by Congress to track outsourcing, estimates that at least $130 billion in taxpayer money has been committed to contingency contracting in Iraq and Afghanistan since 2001.

The Pentagon is in "belt-tightening" mode, which complicates matters. Fitzgerald noted an Aug. 9 directive from Secretary of Defense Robert Gates that imposes a three-year freeze on hiring additional staff at defense agencies. Fitzgerald said he might request an exemption.

One of the commissioners suggested that a more experienced and fully staffed acquisition workforce might avoid reliance on “cost-plus” contracts – through which the government reimburses a contractor for expenditures, and adds a fixed percentage as profit, potentially creating fewer incentives to control cost.