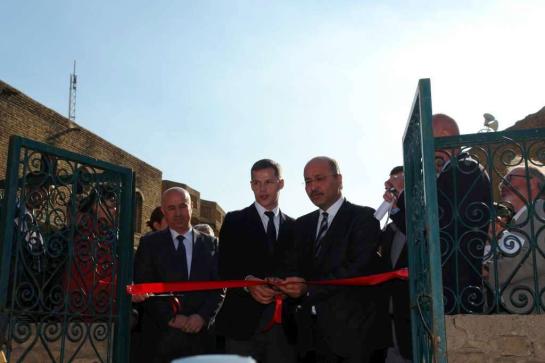 By Editor on 13th October 2010 in Iraq Industry & Trade News

As well as launching the Iraq office of l’Institut Francais du Proche-Orient (IFPO - the French Institute for the Near East), Prime Minister Salih and Ambassador Boris Bouillon also launched the restoration of two historic houses in the citadel, which is estimated to be more than 7,000 years old.

In his speech, Prime Minister Salih said, “We are privileged to be here in the shadow of living history. This project affirms the relationship between France and the Kurdistan Regional Government [KRG] as part of Iraq, under the framework agreement signed this year by President Masoud Barzani.”

He added, “France has always been a beacon of hope and a symbol of liberty. Engagement with the French government and French companies is important for the Kurdistan Region and all Iraq. This kind of project brings out the best in our cultures. I wish you all success.”