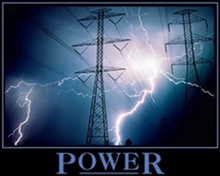 The Iraqi government has asked for bids to build four large power plants in southern Iraqi governorates that could boost its power generating capacity by 2,750 megawatts, a spokesman for the electricity ministry, Mussab al-Mudaris, said on Monday.

"The ministry will announce provisions of new tenders to build four gas power stations during a roadshow meeting that will be held in Baghdad Saturday Dec. 18,"  he said, according to Dow Jones.

Iraq, which suffers from an acute power shortage, hopes to at least double its power production which is only 7,000 megawatts--less than half of the country's actual electricity needs.

The ministry would offer investors the contract to install and operate 22 gas-fired turbines that it has already purchased from General Electric (GE).

Separately, ministry officials said that they were offering private companies contracts to install and operate these turbines for a period of 20 to 25 years and sell the power back to the government in accordance with international standards and the government, on its part, would sell it to consumers at subsidized rates.

Ten of the turbines would be installed in Basra province, and four in each of Diwaniya, Muthanna and Missan governorates, Mudaris said. Each of these turbines would produce some 125 megawatts, he added.

The ministry wants investors to install and operate these turbines, each valued at around $40 million, within two years of awarding the contracts, the spokesman said.

Iraq Business News will provide full details of the tenders as soon as possible.