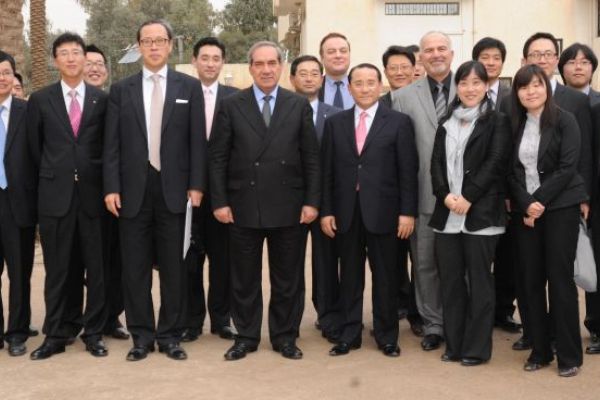 By Editor on 15th December 2010 in Construction & Engineering In Iraq

A Korean delegation represented by the chairmen of companies specializing in the construction of housing units visited Baghdad within the framework of the NIC (National Investment Commission) One Million Housing Unit project.

NIC Chairman, Dr. Sami Al- Araji, stressed the Koreans seriousness in implementing the One Million Housing Unit project, saying that the NIC had organized a series of field visits in coordination with the Baghdad provincial investment commission to view the lands specified for the project in Baghdad, which amounts to 224,000 housing units.

The Korean Ambassador, who had attended some of the meetings, said that the two countries had always enjoyed strong relations on both political and economic levels and that the Korean Government strongly supports the reconstruction process in Iraq.

Korean companies stressed their adherence to the memorandums of understanding signed between the two sides which will create real investment partnerships between the private sector and the public sector in Iraq.

NIC also organized a visit for the Koreans to the Al- Salihya housing compound in Baghdad in coordination with the Ministry of Housing and Reconstruction to view the vertical type of housing units previously implemented in Iraq.