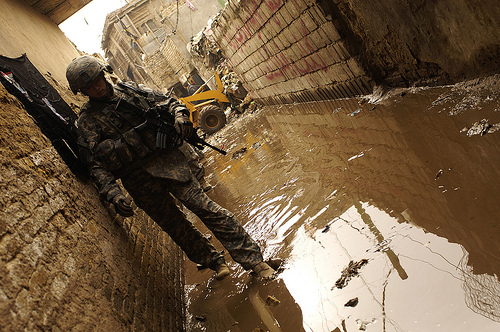 By Editor on 19th January 2011 in Iraq Public Works News

Baghdad municipality has signed a contract with a Turkish company, Akdneiz, to clean up the city while statistical figures show high unemployment rates.

According to the contract, the districts of Karkh, Rusafa and Karrada [Karadah] in central Baghdad will be cleaned up by Akdeniz for a period of one year.

Iraq's Central Statistics Agency (CSA) reports that unemployment in Baghdad is estimated at 11% of the 7 million residents of the city.

Abdul Zahra al-Handawi, the media spokesman of the center says though unemployment is down this year to 11% from 15% in 2008, but he figure is still high.

Akdeniz has its own labour force numbering more than 1,400, including engineers, cleaners and technicians.

"The company will... provide services to more than 750,000 people in Baghdad, and the personnel of Baghdad Municipality will support the work of the company." says Hakim Abdul-Zahra, the spokesman of the municipality.