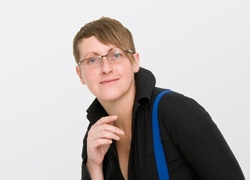 By LisaKnight on 18th May 2011 in Iraqi Communications News, Lisa Knight

250 journalists have been reported as being killed in Iraq since 2003 and in 2010 6 lost their lives in Iraq out of a total of 10 in the region. It is claimed that these tragic deaths are yet to be investigated by the Iraqi government, despite the pressure to do so by the Iraqi Journalists’ Syndicate and the International Federation of Journalists. Although on the decline year-on-year, I wonder just what is the state of play with the media in Iraq? Alarmingly, a majority of the deaths are reported to have been journalists of Iraqi nationality, murdered for doing their job.

I recently came across an article about the founder of Iraq Today, who penned her first edition not much more than a week after the downfall of Saddam, she was terrorized and had a gun held to her head. One of the fortunate journalists to retain her life, she claims it was a warning because she’d chosen to publish an article opposing women being forced to wear a hijab, poignantly she refused to pay $200 to have her name removed from the insurgents (as the western press calls them) target list.

Up until 2003 Saddam’s son Uday was running the national media, and sure, things appeared to loosen up a touch – new-found freedoms were welcomed both domestically and internationally. After Saddam’s fall from power, about 200 newspapers and magazines were launched as local journalists raced to embrace less restrictive regulations. It is well known that US money funded the Iraq Media Network, and for understandable reasons that investment, and hence the indirect control was/is not appreciated by all. The flipside of the coin concerns the whispers about Iraqi journalists working for the insurgents. I’d guess that was definitely going on.