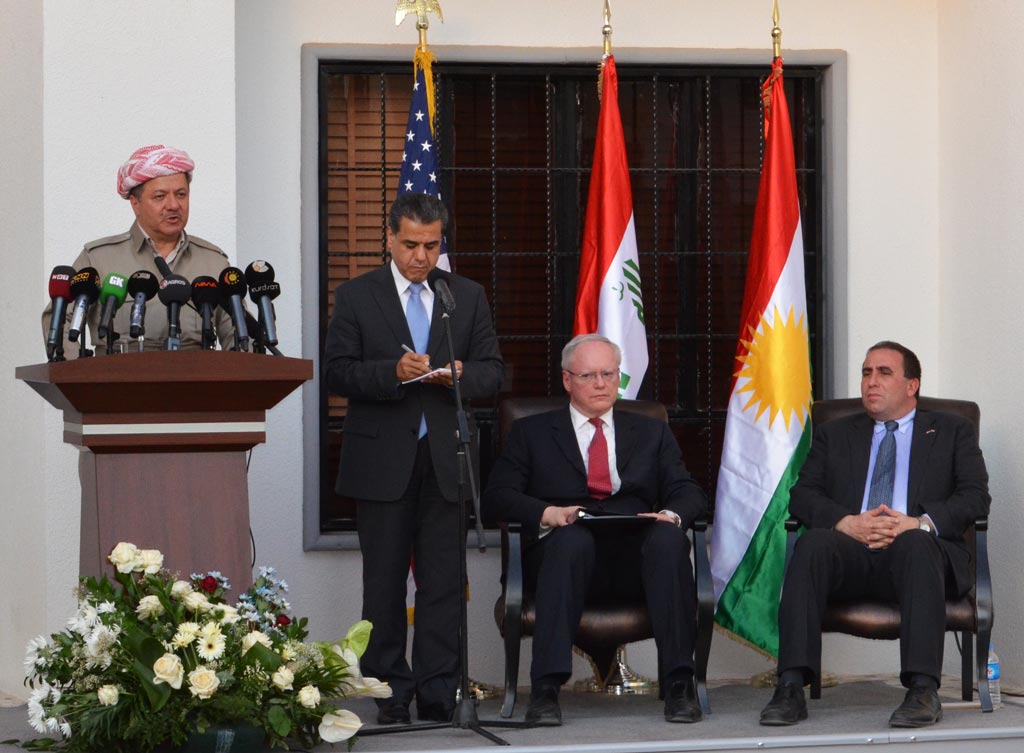 The solid relationship that the Kurdistan Region has maintained with the US for more than two decades was reaffirmed at the event to celebrate the 235th anniversary of US independence and to officially upgrade the US Regional Reconstruction Team (RRT) office in the Region’s capital to a full US Consulate General.

Welcoming the participants, the newly promoted US Consul General Alexander Laskaris, said, “Today is a milestone in the history of American diplomacy as we open for the first time a consulate general in the Kurdistan Region of Iraq.”

Following renditions of the Iraqi, Kurdish, and United States’ national anthems by the US 4th Infantry Division band, Deputy Secretary of State Nides stated, “This is a culmination of a 20 year friendship; one that was forged in the hardship of the first Gulf War; one that continued through the liberation of Iraq from Saddam Hussein and all the difficulties that followed, and one that is thriving today.”

The Deputy Secretary, paraphrasing US Secretary of State Clinton, went on to say, “What is happening today in Egypt and Tunisia has happened in Iraq: People reclaiming their future and building democratic institutions. And what has happened in the rest of Iraq began even earlier in the Iraqi Kurdistan Region.”