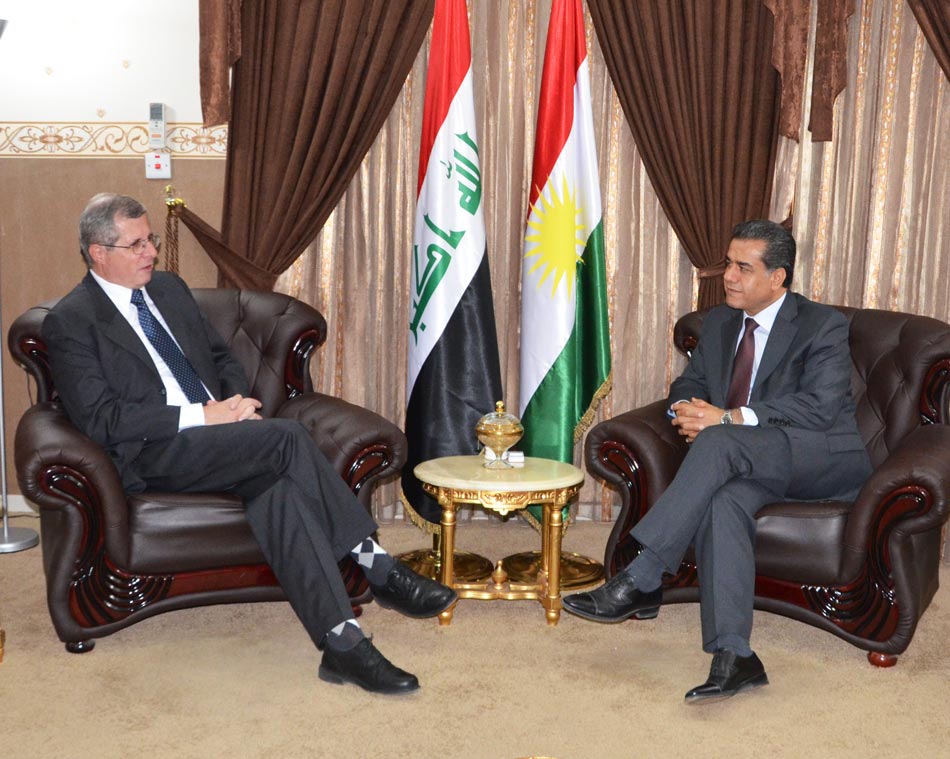 Mr Rolf Ulrich, the new Consul General of the Federal Republic of Germany to the Kurdistan Region, was received today by the Head of the Department of Foreign Relations, Minister Falah Mustafa Bakir.

In welcoming Mr Ulrich to the Kurdistan Region, Minister Bakir assured him that the Kurdistan Regional Government (KRG) stands ready to extend to him all the necessary support and assistance for his activities, and wished him success in his new posting. He said, ‘The Department of Foreign Relations is able and willing to accommodate all your needs during your mission in the Kurdistan Region.’

Minister Bakir said Germany is an important ally and friend of the Kurdish people, and commended the growing number of German institutions being established in the region. The Minister added that the KRG is pleased and welcomes the increase in relations, and hopes to further improve and expand them to the spheres of cultural and educational ties, stressing the need for cooperation and exchange of information between universities.

Consul General Ulrich said he was pleased to be in the region as he had heard much regarding the vast progress the region continues to witness, and said he would work hard to strengthen the relations between the two sides. They also exchanged thoughts regarding investment, business conferences in the region, and building bridges through exchange of visits to create more awareness for the local communities.

The two sides touched on the relations between the Kurdistan Region and its neighbours, particularly the notable progress with Turkey. Minister Bakir said, ‘We are committed to good-neighbourly and mutually beneficial relations that are based on mutual trust and understanding.’

The Kurdistan Region currently hosts a German Consulate General and a German school.