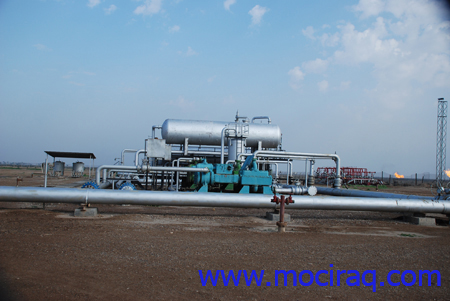 Aswat al-Iraq reports that a number of American, Malaysian, French and Japanese companies are interested in working in southern Iraq's Missan Oil Company.

"The Internatoinal Oil Gas Exhibition, held in Basra Province, saw visits by dozens of foreign companies to the Missan Oil Company pavilion," Ali Abbas al-Turfy told the news agency, adding that "more the 100 companies have offered to work in the Company's oil, excavation, supplies and other oil services."

Missan [Maysan] Province, center of which is Amara city, 390 km to the south of Baghdad, is one of the leading oil provinces, producing over 100k barrels per day (bpd). It includes six oil-producing fields: Bazergan, Abu-Gharb, Fakka and Halfaya, as well as the Majnoun Oil Field, that is partner of the the Southern Oil Company, along with 5 discovered but unproducing fields, including the Huweiza, al-Rafi'e, East Rafidan, Dujeila and Kumait fields.

One Response to Foreign Companies Keen to Work for Missan Oil