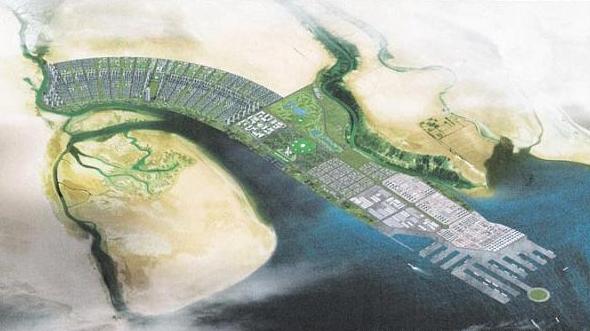 By Editor on 2nd March 2012 in Construction & Engineering In Iraq, Iraq Transportation News

Iraq is preparing to invite bids for the building of a breakwater in the Gulf, which according to Reuters will be the first stage of construction in the giant $6 billion Grand Faw [Fao] port project.

Omran Rahdi Thani, general manager of the General Company for Iraqi Ports, told the news agency that the breakwater is expected to cost around 400 billion Iraqi dinars ($340 million).

A modern port is part of a long-term goal to turn Iraq into a transportation corridor between the Middle East and Europe, bypassing the Suez Canal, by rebuilding a colonial-era railway linking the Gulf to Turkey.

"If Grand Faw port is completed it would be a major event for world transportation. We will shorten the time to reach Europe from 20 days to three or four," Thani said.

Preliminary plans for Grand Faw include a 7,000 meter quay for containerized trade, and a 3,500 meter dock for general cargo.