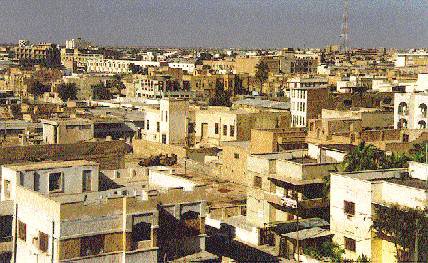 “Three percent would be a fair rate to the citizens of the city, in order to provide what they need in terms of state services and construction projects as well as to generally help Basra,” explained Ali Hussein, a member of Basra’s provincial government.

In the longer term, some observers fear the result of ill will between the Basra region, the central government and the oil companies could result in insecurity and conflict in the area. Naysayers believe that the densely populated, geographical bottle-neck offers plenty of opportunities to extort funds by blowing up pipelines.

Some have already drawn parallels with Nigeria's violence-torn Niger Delta where local communities have suffered from frequent attacks on pipelines as well as environmental damage. And those tensions only seem set to rise further as Iraq continues to try and boost its oil production levels.

However others are more optimistic. A professor of economics at the University of Basra, Nabil Jaffar, thought the area was well positioned to benefit from its natural resources in the coming years.

"The city of Basra is living by a lake of oil, with oil infrastructure of great quality and a network of export pipelines for crude oil and natural gas,” Jaffar said. Basra could become “the most important oil city in all fields [of the oil industry].”