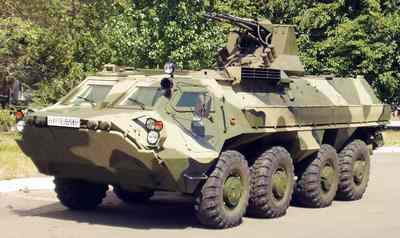 The BTR-4s were assembled at the Kharkiv facility under a contract worth more than $550 million for the supply of Ukrainian military equipment to Iraq. The deal was finalised in 2009 by a state-run subsidiary of Ukrspecexport.

The first batch of 26 BTR-4s, two maintenance vehicles, and two BTR crew-training simulators were delivered to Iraq in the spring of 2011, with he first two An-32 aircraft delivered in late 2011. Another two aircraft were supplied in April of this year, while the remaining two An-32s will be delivered in June.

Among the key Ukrainian contractors are the Kharkiv-based Morozov design and engineering bureau, the Kharkiv engine design bureau, and the Malyshev plant, all of which belong to the Ukroboronprom concern, as well as the Kiev-based Antonov enterprise.