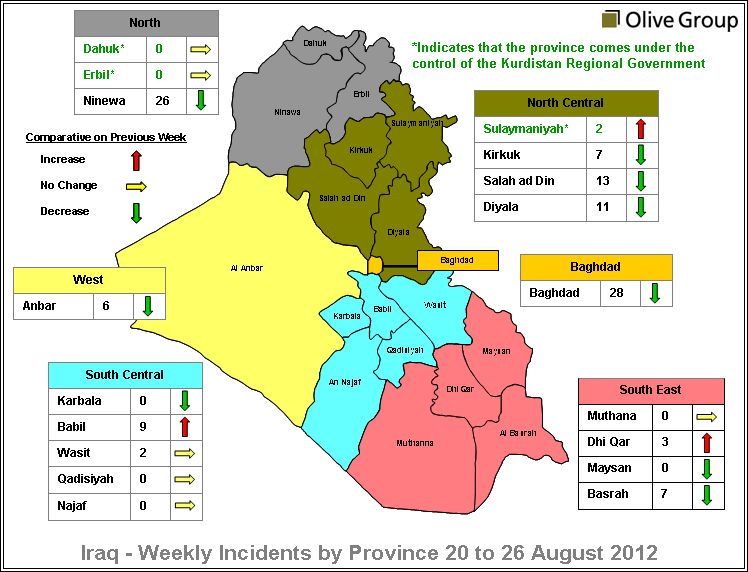 The total reported incidents in Iraq for the period 20-26 August 2012 was 114. This is significantly lower than last week’s figure of 165, and a return to figures more closely aligned with the 2012 weekly average of 110. With the exception of the South Central Region, which saw a slight increase, all other regions saw falls in figures, with particular reductions in the North and North Central Regions. These reductions may be a product of increased ISF activity, particularly in the North Central Region, causing at least some short term disruption to attacks. Alternatively, it may be a deliberate choice by extremists to reduce operational momentum – a traditional trend following Ramadan. Of equal note was the reduction in the number of larger scale attacks. In contrast to the last few reporting periods, just four vehicle-bomb (VBIED) incidents were reported, three of which were finds, with only one detonation causing no casualties (possibly a misreported controlled detonation). A much higher prevalence of small arms fire (SAF) activity was reported, especially in Baghdad. 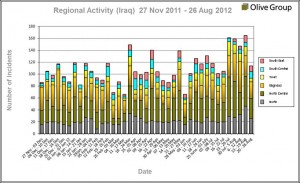