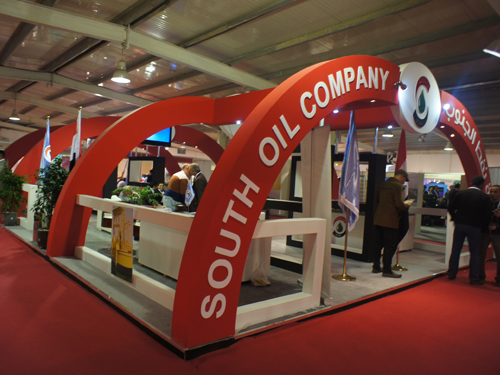 With proven reserves of around 143 billion barrels, Iraq has the third largest reserves in the world situated across 79 oil and gas fields. Of these fields only 23 are currently producing, and it has only been in recent years that Iraq has administered bids from international and national oil and gas companies to develop these further.

The 3rd edition of Basra Oil & Gas International Conference and Exhibition was held in December 2012. With record number of exhibitors and visitors the event earned its place as the largest and most impressive one in Iraq oil & gas sector in the third year. With an exhibition and parallel conference programme, the event, officially supported by the Ministry of Oil, was host to some of the leading companies in the industry, including: Bertling, Cameron, China Petroleum Technology, CNPC, Emerson Process Management, FMC Techonologies, Honeywell, Mitsubishi, Mott Mc Donald, Rumalia, Samsung, Scania, Shell, Siemens, Tenaris and Volvo .

Expected to attract more than 18,000 visitors, the four-day conference and exhibition will create a platform from government institutions, national oil and gas companies, private sector, and industry professionals that is essential for potential solutions for the fourth consecutive year. The 4th Basra International Oil & Gas will not only highlight through the deals and contracts concluded on site by key buyers and decision makers of Iraq’s oil & gas industry, but it will also by its significance to manufacturers who showcase their latest products, confirm the event’s position as a key promotional tool in the industry diary. Since 2012, being an UFI approved event underlines the event's international standards and showcases its high quality.

Iraq offers remarkable business potential and Basra International Oil & Gas plays a crucial role in helping insightful entrepreneurs make the most of it. Any company which is yearning to expand into Iraq oil markets should consider participating to 4th Basra Oil & Gas International Conference & Exhibition. Submissions can be made by filling out the online form on the Basra Oil & Gas exhibition official website, www.basraoilgas.com . For further information, please contact [email protected] .