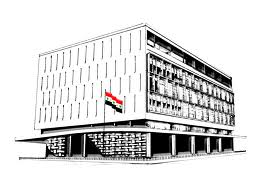 A year ago I wrote a post called “Will the Banks Get More Time,” in which I argued that most of the ISX-listed banks weren’t going to make the central bank’s deadline of June 30, 2012 to reach IQD 150 bn in paid-up capital. I posted pretty much the same thing back in May, 2011 (see this post), when the banks were having trouble meeting the June 2011 target of IQD 100 bn.

Today it’s looking like “déjà vu all over again.” This time the deadline is June 30, 2013 and the CBI’s final target of IQD 250 bn is fast approaching.

Rabee Securities’ most recent bank-sector report found that as of May 23 only 5 of the 21 listed banks had either reached the target or would reach it once ongoing capital increase procedures were completed. (The five were BKUI, BMFI, BMNS, BNOR, and BUND.) Two banks—BDFD and HSBC-subsidiary BDSI—have yet to reach even last June’s IQD 150 bn target. In aggregate the banks still need to increase paid-up capital by a further IQD 1.6 trillion from the current total of IQD 3.5 trillion.

The CBI now has the same three options it had last time. It can (1) give the banks more time, (2) force some of them to merge, or (3) shut down those that miss the deadline. I think (2) and (3) are quite unlikely, simply because none of the banks appears to be at risk of failure. Most are already more than adequately capitalized for the amount of lending they do.

Giving the banks more time is clearly the most sensible option. This is also what the CBI did in 2011 and 2012. In both cases the deadline was extended by six months.

Once again I find myself asking “why should this time be different?”