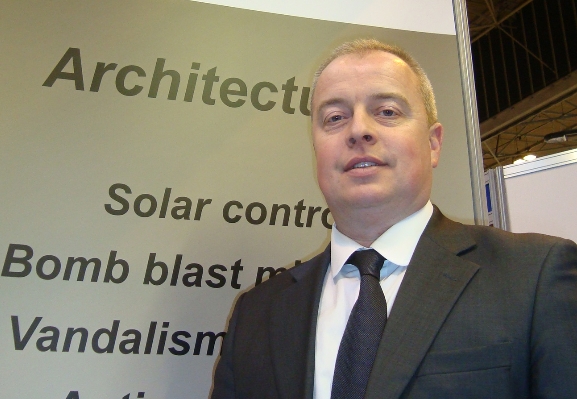 By Editor on 3rd October 2013 in Construction & Engineering In Iraq

The latest upsurge in violence in Iraq and continuing political instability across the Middle East has seen global corporations taking steps to improve the safety of their workers, according to Advanced Glass Technology (AGT), a leading international specialist in protective window films and anchoring systems, which has recently established a permanent presence in the country.

Having carried out numerous installations in Jordan, Nigeria, Mauritania and Syria over the past few years on behalf of the United Nations and other Government embassies, AGT set up a base in the Kurdish city of Irbil, capital of Iraq’s autonomous province of Kurdistan, in response to growing demand for its expertise from global corporations with commercial interests in the region.

Over the past six months, customers have included some of the world’s biggest oil companies, which appointed AGT to carry out site surveys and recommend solutions for protecting building occupants in the event of a major incident.

With a team of experienced glazing technicians on location, AGT’s installations are carried out at night. Not only does this mitigate the risk to its own staff, as well as minimising disruption to office workers, it is a fundamental necessity because building windows are too hot to apply the film during the day, with glass temperatures often exceeding 50 degrees centigrade.

Starting at a thickness of 50 microns, right up to 450 microns, AGT’s ISO-approved anti-shatter blast containment film is a multi-laminate polyester membrane that can be applied to any glass surface. It is bonded with an aggressive pressure sensitive adhesive system, which ensures that any broken glass resulting from an impact or explosion adheres to the film.

As part of its bespoke approach to each project, AGT also provides a range of specialist anchoring and edge retention systems that work with the blast mitigation window film to provide enhanced levels of protection, according to the client’s requirements.

“With heightened tensions and continuing violence across the Middle East, global businesses operating in the region need the reassurance that they can protect their employees at work in the event of a catastrophic incident. We’ve seen steady growth in demand for our services in Iraq and expect this to continue, which is why we’ve established a base there. Our expertise is all about mitigating risk so our team of professionals is best placed to help provide a bespoke and cost-effective solution.”