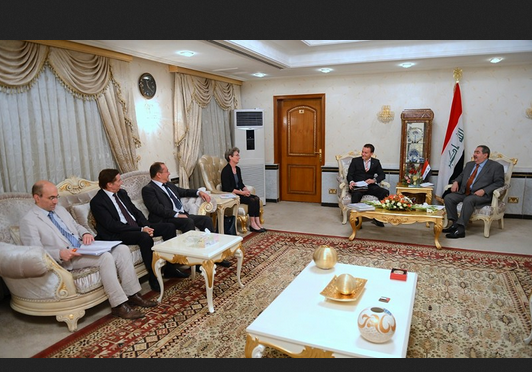 By Editor on 28th October 2013 in Iraq Industry & Trade News

During the meeting, they discussed the latest regional and international developments particularly the Syrian crisis and results of Lakhdar Brahimi 's visit to Baghdad in addition to the ongoing preparations to convene the Geneva 2 Conference .

The Ambassadors gave a brief on the results of Group 5 +1 with Iran talks over Iran's nuclear program and its positive developments.

The Minister stressed importance of continuing discussions with Iran.