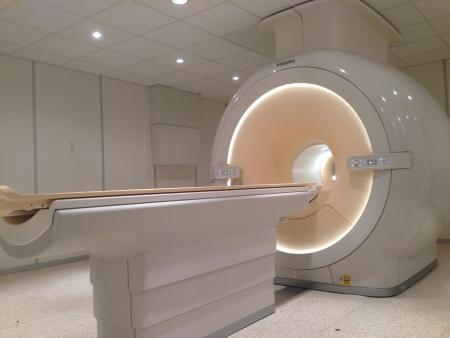 By Editor on 29th October 2013 in Healthcare

The installation of a new MRI at the Basra Children’s Hospital in Iraq brings the facility one step closer to diagnosing and treating childhood cancer, one of the leading causes of death in Iraqi children.

The U.S. Army Corps of Engineers (USACE), Middle East District oversaw the MRI project and the construction of the hospital on behalf of the U.S. government.

“The completion of the MRI project provides the hospital with even greater capability and demonstrates our continued support to our Iraqi partners,” said Col. Jon Christensen, Middle East District commander.

According to a report by the Special Inspector General for Iraq Reconstruction, Iraq’s healthcare system has deteriorated over the past 35 years to that of a third world country. This is attributed to the lack of investment in health care for children and in modern training for health care providers. One of the biggest areas of concern, according to the report, is the number of childhood cancer cases.

Childhood cancers are eight to ten times more common in Iraq than in the western world and only eight percent of Iraqi children with leukemia survive compared to 80 percent in the U.S. Since 1993, the Iraqi Cancer Registry has reported an increase in the number and proportion of cases of leukemia in southern Iraq.

Children under five account for nearly 56 percent of these cases. Of the five common forms of cancer that account for more than 50 percent of cases, four of them are curable if caught early enough. However in Iraq, most cases are caught in advance stages; therefore they are incurable even if the best treatments were available.

In 2003, the First Lady of the United States, Laura Bush, became concerned about the Iraqi health care system, especially the number of childhood cancer cases reported. She asked Project HOPE (Health Opportunities for People Everywhere) to conduct a fact finding mission to Iraq to determine the best approach to building a children’s hospital in the country.