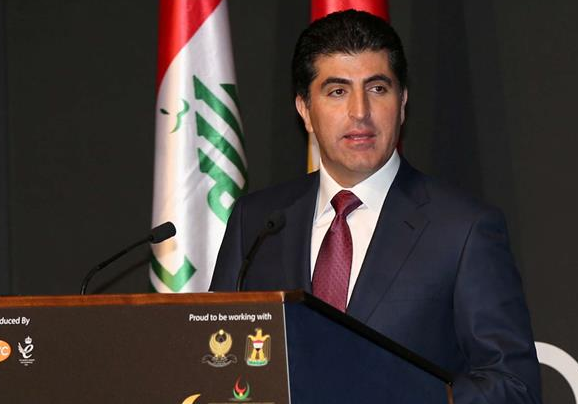 KRG Prime Minister Nechirvan Barzani, speaking at a conference in Erbil today (Tuesday), highlighted Kurdistan Region’s contribution to the global energy market and reiterated Kurdistan’s commitment to the Iraqi constitution in the Region’s dealings with Turkey.

The Prime Minister referred to the discussions over the past two years between the Kurdistan Regional Government and Turkey on cooperation in oil and gas, which includes oil exports, and said that the framework agreement between Erbil and Ankara adheres to the Iraqi constitution.

"I have insisted at all times of these negotiations on the transparency and accountability of the export process and revenues from the Kurdistan Region. And here I would like to announce that we will invite officials from the federal government and independent third parties to observe all stages of the process."

The Prime Minister was speaking at the third Kurdistan Iraq Oil and Gas Conference which has attracted almost 1,000 executives from the energy industry as well as senior diplomats from across the world. Iraq’s Deputy Prime Minister Rowsch Shaways, the KRG’s Natural Resources Minister Ashti Hawrami and Turkey’s Energy Minister Taner Yildiz also spoke at the opening of the conference.