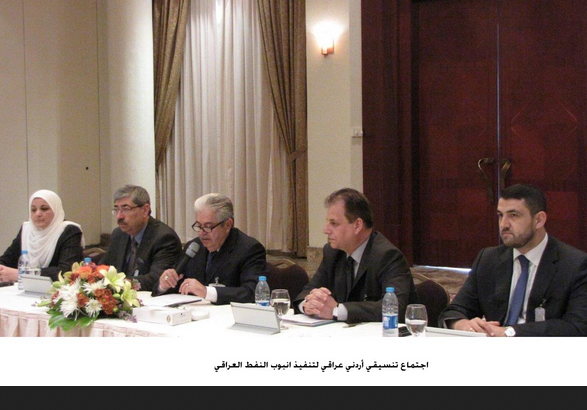 Jordan and Iraq began a coordination meeting with international companies interested in constructing an oil pipeline between the Iraqi city of Basra and the port city of Aqaba in Jordan.

Work on the project will begin soon, and once completed, it will be used to export crude Iraqi oil through the Aqaba port.

The final meeting among Jordan, Iraq and the international companies will be held tomorrow to prepare copies of the tenders from the Iraqi side.

Chief Commissioner of the Aqaba Special Economic Zone Authority (ASEZA) Kamil Mahadin, who attended the meeting, said it is one of the mega projects that would further enhance economic relations between Jordan and Iraq. "Iraq will provide Jordan with oil at preferential prices as the pipeline will pass through the Kingdom's territories," he added.

The construction of the 1,700 kilometer-long pipeline will cost $18 billion and will allow Iraq to export around one million barrel of crude oil daily.